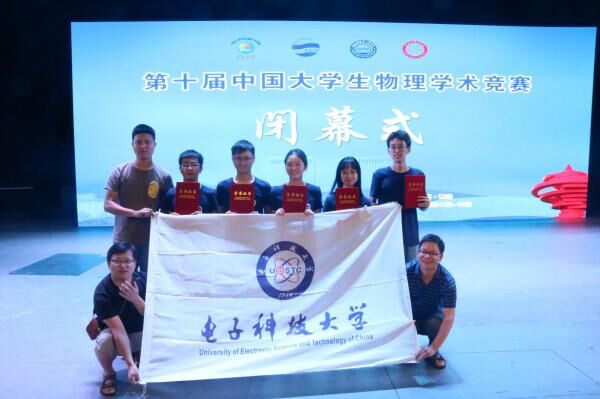 A team from the University of Electronic Science and Technology of China (UESTC) won the first prize at the 10th China Undergraduate Physics Tournament (CUPT) recently held at Qingdao University.

The CUPT is a national event that follows the model of the International Young Physicists' Tournament (IYPT). It aims to cultivate students' abilities on innovative thinking, collaborative spirit, practical application, and academic exchanges.

This year's event attracted more than 300 teams from colleges and universities, including Peking University, Tsinghua University, Fudan University, and UESTC, of which 65 teams entered the national finals.

The 11th CUPT will be held at Xinjiang University and the scale of the competition will continue to expand.